What You Need to Know About Whole Home Surge Protection What Is a Surge Protector?

Many people think the term "surge protector" is interchangeable with "power strip." However, while some power strips offer surge protection, not all of them do.

A power strip's purpose is to allow you to plug multiple appliances in alongside one another, without causing an overload and tripping the circuit. A surge protector does the same, but it also protects against sudden power surges or energy spikes which can damage your appliances and your home in a variety of ways.

What Is a Power Surge?

A power surge is a sudden, unexpected spike in electrical current, usually lasting just a fraction of a second. It can be caused by a variety of things, including...

These surges happen very fast, but they can cause a significant amount of damage. They can destroy your appliances and electronics that are plugged in during the surge. Your electronic devices, and even many of your major appliances these days, are equipped with circuit boards. These circuit boards can easily become damaged by a power surge, which generally necessitates replacing the device entirely.

More than that, though, power surges can also fry your electrical outlets, or your circuit breaker, causing damage to your home itself. A large enough surge can even cause a fire.

Of course, most surges aren't as bad as that. 80% come from internal sources, rather than external, and don't cause instant damage. However, enough of these surges can degrade your electrical system over time and cause your electronics to wear out more quickly.

What Is a Whole-Home Surge Protector?

While a point-of-use surge protector can simply be plugged in, the whole-home variety must be professionally installed. Once in place, it can protect all your appliances and devices, from your refrigerator, to your cell phone charger, and everything in between.

What Are the Benefits of a Whole-Home Surge Protector?

The damage caused by electrical spikes can be thousands of dollars. Some of that might be covered by insurance, but particularly if what's damaged is an appliance, rather than your actual home or its electrical system, then it might not be.

A whole-home surge protector keeps your entire house safe at once. It guards against major spikes, such as from lightning strikes, as well as the smaller ones. It prevents the damage they do over time, helping your devices last longer, and saving you money.

Ideally, a whole-home surge protector should be used in tandem with point-of-use surge protectors, to maximize their effectiveness. It's an investment that can save you a lot of money and hassle over the years, by keeping both your appliances and your home safe.

To have a whole-home surge protector installed in your home, contact us at David Gray Electrical Services, either online or by calling (904) 724-7211. 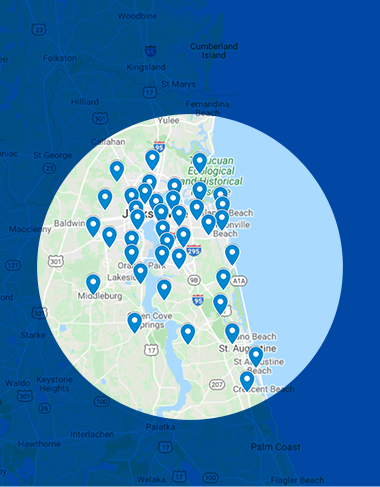